Plane edition! All of my reviews here were written on my flight to New Zealand, so some are a little weirder than usual!

Happy Death Day may perhaps be my new favourite horror/slasher/thriller film! It doesn’t take itself seriously and the light tone and moments of humour only heighten the suspense as the day draws to a close and the murderer looms! The range of this film and the well-paced storyline that rarely feels too repetitive in spite of the Groundhog day repetitions show themselves in a surprising amount!

The actually ‘horror’ moments (or as I shall be referring to them, the stabby stabby bits) don’t always hit the mark but I appreciate the various tones they take: from the full-on frights to the laugh out loud joke deaths. The film is essentially bloodless, which is definitely an appeal to many and works well with the college-kid setup.
Just a glorious bit of slasher comedy! Also, shout out to Carter for being so quick to believe time-loops exist!

There’s something about this film that didn’t hit the mark with me, particularly as a Marvel movie. The comedic elements often fell flat (though that could just be my own differing humour) and the high emotionality they try to build through the father-daughter relationship isn’t explored enough for the final act to really reach the level of suspense it needs to.

Paul Rudd is wonderful as ever with fantastic comedic timing as well as in the more serious moments. In contrast, the guy who plays the bad guy (both names I cannot remember even though the credits are rolling as I write this) is messy in his motivations and just reminds me of Obadiah Stane, though less charismatic, compelling, or characterised. I did, however, love the action sequences. It is certainly something to see the typical smash-outs played out on a micro-level with an army of ants (RIP ANTONY). Particularly, the subatomic sequence was really funky to watch – and I don’t doubt it’ll play an important role in the infinity war in the future!

(Weirdly, after a rewatch on my flight home, I found Ant-Man a lot more enjoyable! It’s bizarre and an interesting superhero-heist hybrid that actually won me over second time around!) 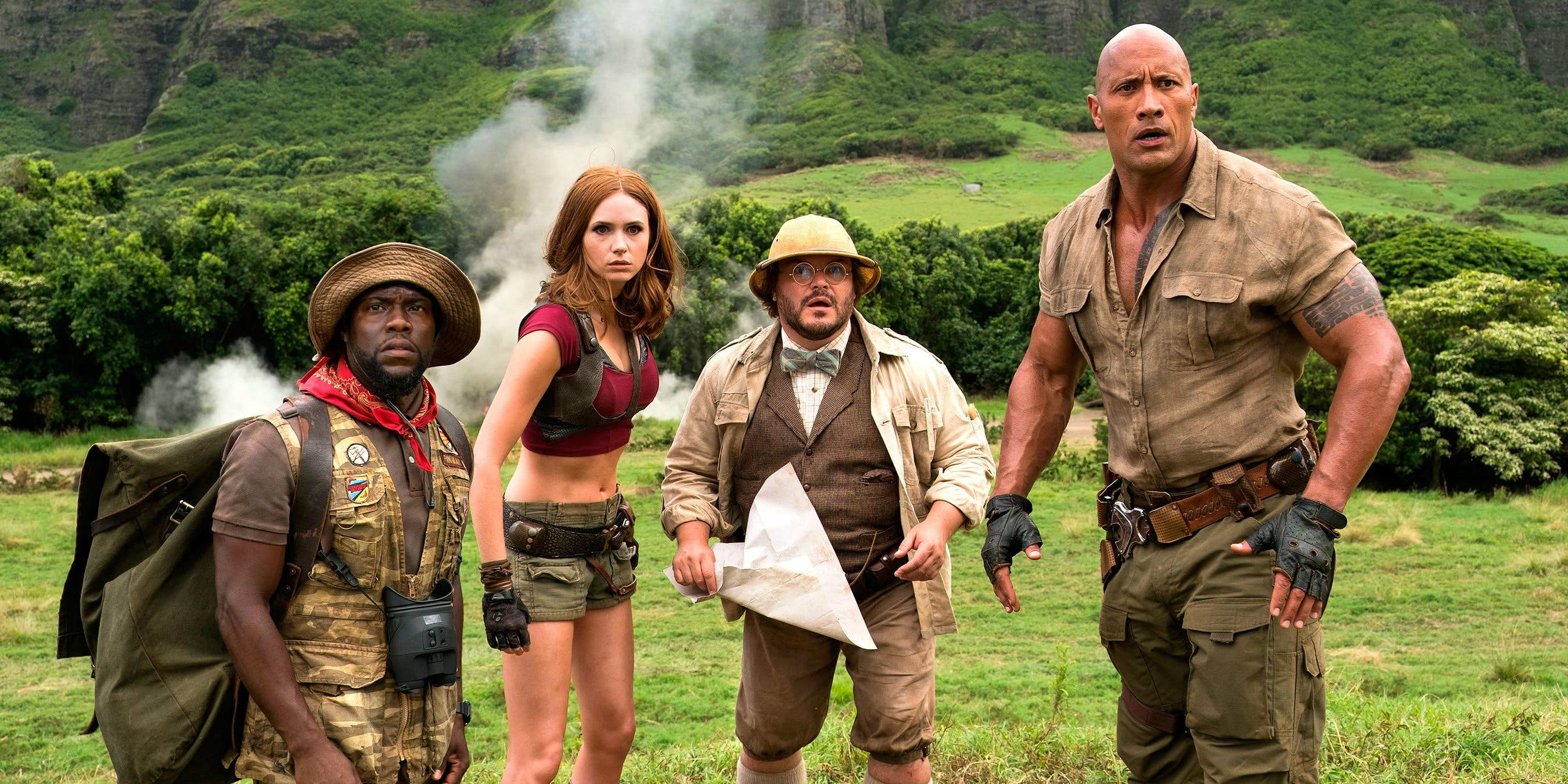 Jack Black as a teenage girl ridiculously and wonderfully steals the show in this modern technological reboot of a cult classic!
Whilst the practical effects of the original Jumanji left me absolutely terrified, Welcome to the Jungle would have massively benefited from some more – the CGI is surprisingly weak at times (though this may be worsened by the plane screen I watched it on). Saying that, the various levels and action sequences were a lot of fun, playing up gaming tropes and making up for the CGI.

As a video game lover this film hit a lot of highs for me; the entire premise of the avatars (like their real life characters) having their own weaknesses and strengths was very satisfying. However, it did leave me caring very little for the surrounding characters and the especially the villain, who could only act as they had been coded to. But taking the game of Jumanji itself as the villain is arguably the best and most accurate way of watching this film!
Welcome to the Jungle is gloriously entertaining, never tries to be anything it’s not, and full of all the cute teenage awkwardness you could want – just in the body of The Rock!

I’m not sure what just happened.
Nothing seemed to be connected to an overall story and every character development felt rather rushed.

Storm Reid as Meg, however, was phenomenal. Her performance was really touching and real; she is scientifically gifted, left isolated after her father’s disappearance, and wildly self-conscious, about her appearance and her hair in particular. When the focus is on Meg, or when it’s focused on thought not lingering on the spectacular and refreshingly original visuals full of colour and grandeur, this film paints a wonderful world and a wonderful message. It’s a shame it’s messy around the sides.

(I’m too tired, this flight is unbelievably long.)