What’s in a name?
Well, from the name of this film alone you know not to go into this film expecting any sort of historical accuracy – a surprise from the Horrible Histories gang, but works all the more in their favour. Following the ‘real’ story of William ‘Bill’ Shakespeare’s journey to the London Stage, we see the dramatist getting kicked out of ‘Mortal Coil’ for his spotlight-stealing lute playing, working to promote the ‘Two a Week” vegetable campaign dressed dashingly as a tomato alongside the cucumber Christopher Marlowe, and helping to put a stop to the deviously disguised King Phillip II of Spain from carrying out a Catholic Plot to kill the Queen. Ridiculous in all the right ways.
With a satirical Monty Python feel, ‘Bill’ is a silly laugh-out-loud film brought to life by the wonderfully familiar cast, headed by the ever-charming Matthew Baynton! 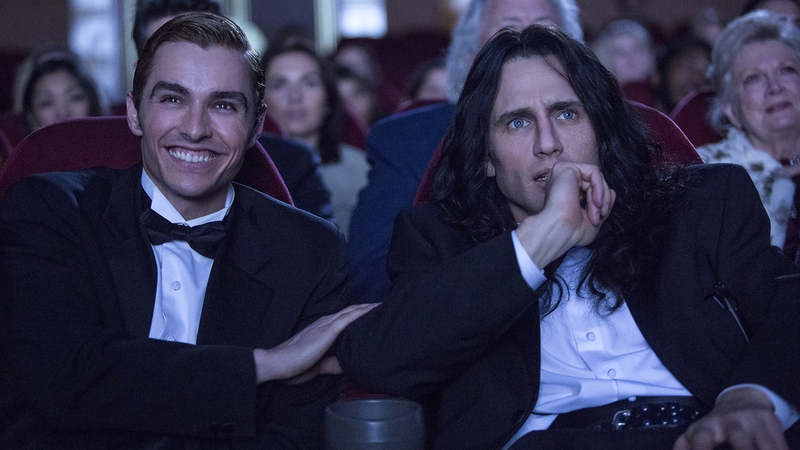 Coming to share my thoughts on this film I realised, unlike normal, I had watched it without thinking about it as a film. I couldn’t consider it as a biopic either, I simply couldn’t take it seriously and so it couldn’t get a high mark from me. (Get it?)
Nevertheless, there are some sleek tracking shots and wonderful pieces of original music, playing predominantly over the more serious thematic moments surrounding the unflinching friendship between Tommy and Greg. But The Disaster Artist’s humour is the focus, and it works a lot, though not all, of the time. On occasion, it felt a bit heavy-handed in making Tommy the source and the subject of the punchlines, and it didn’t seem always intentional.  but still managed to make me laugh throughout!

Had I known that this film was written and directed by Richard Curtis I would’ve been far less surprised by my very blasé response to it.
Let’s not think about how the main emotional plot point rests on a rule of time travel that is repeatedly broken over the course of the film, undermining the sweet would-be emotionality of it, or how kind of creepy it is for Tim to exploit his power to stalk and ruin Mary’s relationship with ‘the boyfriend’.  Let’s, instead, think of the wonderful performances by Gleeson and Nighy, whose on-screen father-son relationship carries a beautiful honesty and which should have played a more prominent role from earlier on during the film, or (I must admit) how sweet the romance is, particularly in the no-time-traveling first half hour of the film! About Time has a strong emotional premise but is undercut by flimsy sci-fi elements.

Have you seen any of these films?
Let me know what you thought of them in the comments!